Posted on October 3, 2007 by Donald in Games Leave a comment

I don’t know what it is about Hitman: Blood Money, but I can’t seem to get enough of the free for all killing fields it sets up for you. You’re a hitman charged to seek and destroy your mark in any fashion you choose. You can go psycho and blast anyone between you and your mark, or you go silent and take out only the person you came for. Its fun either way! I wrote a review about this game awhile back. You can read it here (Hitman: Blood Money Review). The main reason for this post is the theme music of Blood Money; the intro where hitman is dead with two guns across his cheat. I love that song. It’s called Ave Maria.

You can listen to the song here: Schubert – Ellen dritter Gesang (Ave Maria)

Or watch/listen to the YouTube video of it here:

Posted on October 1, 2007 by Donald in Adventure, Contest, Fun, Games Leave a comment

Halo 3 is still available until the 3rd of this month! I’ll pick the winner after the 3rd and contact you for details. If you still want Halo 3, here’s you chance! Simply leave a comment here and you might be the lucky winner! 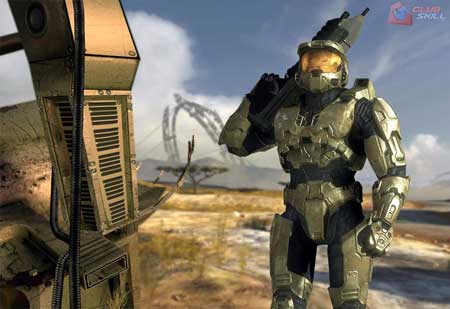 Posted on December 16, 2006 by Donald in Games Leave a comment

Anyone know about this currency called gold from the game World of Warcraft? WoWï¿½Goldï¿½is bought and sold by players all over the world! People in China apparently farm the gold, grind all day, to sell to willing players who either have little time to make the gold them self or are just in a rush to level. What a great idea! For a few bucks to can get 20-3000 gold sent directly to your character almost instantly. A site I found MMORPG Exchange is selling gold for World of Warcraft and many other MMORPG games.

Posted on June 1, 2006 by Donald in Games Leave a comment

Since hearing about its pending release to the public months before, I would dream of stalking my victim, preparing for that moment to strike, deciding for either a silent but deadly attack, or a barrage of bullets killing everything in my sight, friend or foe!

This time around, Blood Money has evolved into a more realistic world of assassin for hire. With each hit, you are scored on how well you did your job. If you get in un-noticed, take out your targets, and get out without leaving anything that can incriminate you, including caught on tape evidence, left behind clothes, weapons or an abundance of witnesses you’ll be okay. This will determine how much money you’ll be awarded after each mission, or how much money is deducted to clean up your mess. The more unnecessary kills you have, times your cover was blown, weapons left behind, suits left behind, and witness you have against you equal less money per mission. It’s in your best interest to be a silenced assassin.

The cool thing about this is that its fun! I love sneaking around trying not to get caught and when I do, all hell breaks loose! Blood Money introduces hand to hand combat, which I try to use 90% of the time. I can walk up to an unaware foe, look them straight in the eye, watch as they stare back at me with a puzzled look and I quickly head butt them! It leaves them stunned and ready to take more! A couple one two punch, and they’re knocked out. I can even wrestle an enemy’s weapon away, and use it against them, or push them to their death, down a cliff, stairs, what have you. This is great!

I also have a large range of weapons to do more then just knock them out; I can bash their head in with a hammer, or just beat them to death with one. I can slice their throat with a kitchen knife, or just go psycho on them and slice and stab them, which is very effective. I can chock them to death with wire, poison them, sedate them, or even throw shit at them! I launched one of my knives at this clueless woman for looking at me the wrong way. This is what I’m talking about! Shut Bitch or I’ll throw a knife at you!

Of course you have all your projectile weapons, too many to name, I personally like the silenced MP5.

On a mission to rescue a fellow agent, I was offered a separate side mission, I was to take out this bad guy for an extra $50,000, so I tracked him down in this hospital, he kept asking me some random questions as I tried to find a place to silence him without anyone knowing. We were in a lobby sort of area, three guards patrolling and he had a body guard, this was going to be tricky. He finally started to leave the hospital, a guard posted at the door, and his body guard and I following him. I found a pillar, rather a stone wall to conceal my kills. This was to be precise and very quite. I had to take out the bodyguard first without alerting my target. So I crept up behind the guard and TASERED him in the neck! He was knocked out! My mark was unaware and no one noticed! So I pulled out my silenced pistol and shot my target in the back of the head, blood goes everywhere. I simply walked back in the hospital and was long gone before anyone noticed. Easy Money.