So you’re a self motivated person right? Let’s just say you are. But your friends and family are only motivated with fear and desperation. What can you do?

Well if you don’t have the time to inspire them into motivation, the quickest way to get them to do what you want, and this may seem like common sense, is to make them desperate!

For example: If you take a teenage boy to the middle of a lake and you throw him overboard. Okay, yes I know.. this is just an example. Let’s say this boy is very lazy. Okay so we throw him overboard and you hold his head under water. Again this is an example. Now this boy turned from a lazy unmotivated person into someone who is desperate and motivated into getting free. Ahh motivation at its best! 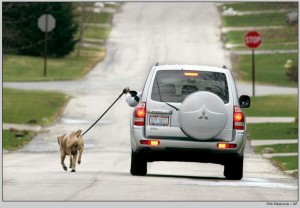 But you get the point right? Some people can only be motivated with fear and discontent while others can be inspired into motivation. While everyone’s motivation is different it’s up you to figure out whether you need to inspire that person or fill them with FEAR to do what you want.

Usually I like to try a combination of both inspiration and desperation.

For example let’s say I try to get my brother to mow the backyard. Heâ€™s the laziest person in the world. What I would do is slowly bring up the topic during the day. I like the take the long sales letter approach. I give him a nice welcome in the morning, â€œHowdy!â€ (I’m from Texas) then sneak in something about the backyard being a bit high. I don’t say much more than that.

Okay an hour later he’s playing video games because that’s what he likes to do, I sit down with him and we talk about the game, I beat him a couple times and I say â€œhey that grass is still growing? Those were some fun times, mowing grass, fun timesâ€¦â€

I get it into his head about the grass again. I make it a neutral topic, not bringing fear into the picture just yet. Then later on I try to persuade him into mowing the grass because it could be a nice gesture towards our Mom. â€œHey buddy, yeah you’re a hoot, fun gaming with you, hey you want to mow the grass? That sure seems like a great surprise to mother!â€

I encourage a sense of excitement so he would want to partake on said adventure.

He’s pretty stubborn though and doesn’t budge from his firm stance of â€œnahâ€.

So I go into the desperation motivation I had as backup. Since I own the game system and game he’s playing on. I simply say, â€œhey buddy I gotta take my game system with me. It’s getting late and I gotta go home nowâ€. I don’t live with him so I can use this excuse.

So now he has a sense of urgency and leverage if he mows the yard maybe I’ll let him keep the game system overnight. At this point he becomes desperate because he’s only level 45 on Call of Duty 4 and wants to reach level 55 to get the next prestige. So he begins to weaken on his objection over mowing the backyard.

I sweeten the pot by giving him 10 bucks and he mows the yard!

Yay! So you see, if I can motivate the laziest person in the world into mowing his own backyard… you can motivate a Lazy A$$ too!

Just know to motivate someone you have to keep all options on the table. You have to work both with inspiration and desperation to have the best results. And if that doesn’t work get your self a boat… take said person so the nearest lake… and … I kid..

Note: While he was mowing the yard, I quietly took off with the game system.
Bah! Itâ€™s Meh game system! Lol.. 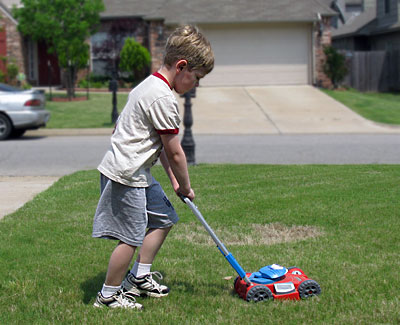 Posted on December 5, 2008 by Donald in Adventure, How-To