Posted on September 7, 2008 by Donald in Fun Leave a comment

Want to play the most addicting game ever? Warning this game really is addicating, if you can’t handle that don’t get sucked in, for me it’s too late but for you you still have a chance!! 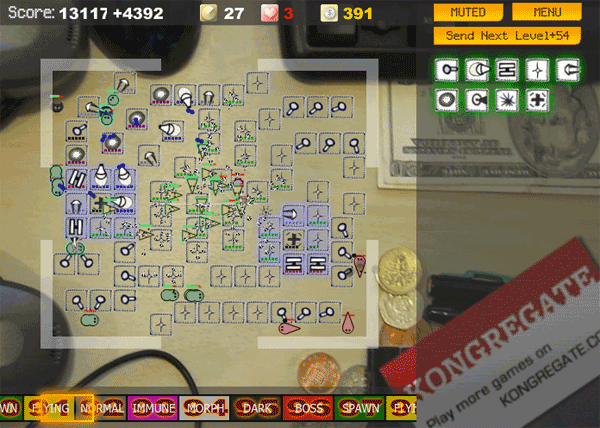 (Warning become addicted at your own risk!)

Posted on August 25, 2008 by Donald in Intresting Stuff Leave a comment

It’s that time of the year again, kids are going back to school and money is moving! It’s said to be the second-busiest shopping season of the year after Christmas. Kids need new clothes, shoes, gadgets, school supplies, books and lots of other things now! If you haven’t geared up already, it’s time to launch more auctions, and get your products seen by more shoppers. 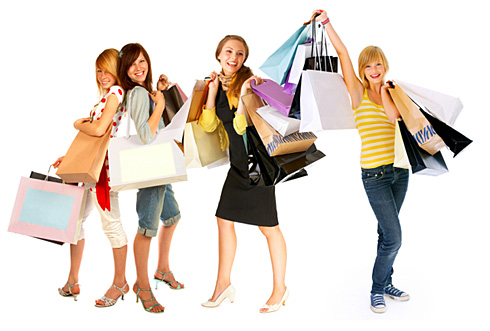 Keywords to focus on in your auctions should be:

Talk to your potential buyers on a personal level, use ‘you’ a lot. Emphasis a fast delivery and how easy it is to use your product. If what you’re selling is NEW, say it! If it’s the latest gadget out there, let it be known.

The next eBay Stealth version is  finally finished! If you own eBay Stealth already all you need to do to receive the update is download the eBook again. You can get it here: eBay Stealth 2.0

For more information about eBay Stealth go to AuctionStealth.com

Posted on August 4, 2008 by Donald in Adventure, Fun, Recommends Leave a comment

Here are a few pictures from my Vegas trip a week ago. I had so much fun I’m most likely going to move there in a couple months! Why only stay a week or two when you can live there! Hehe!

(This is where we stayed – The Venetian) 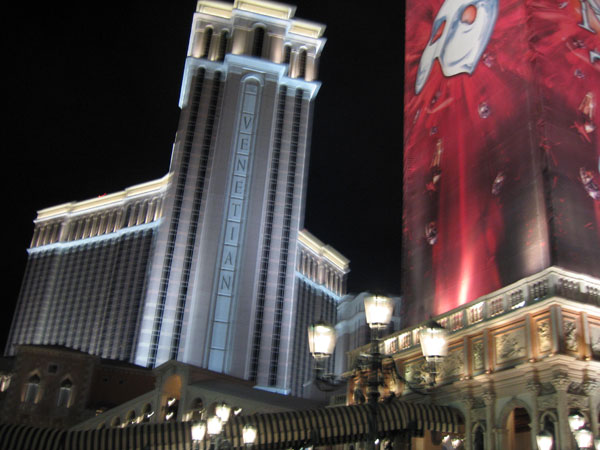 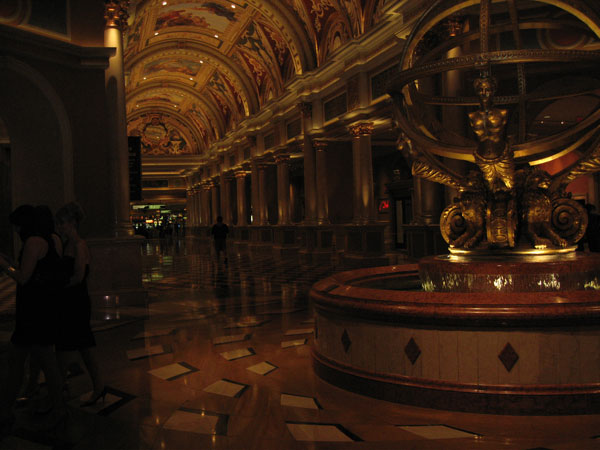 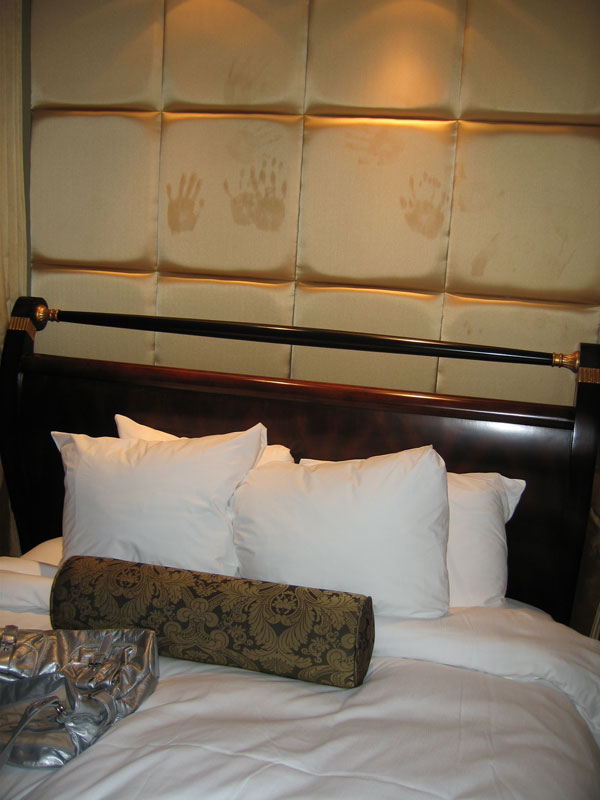 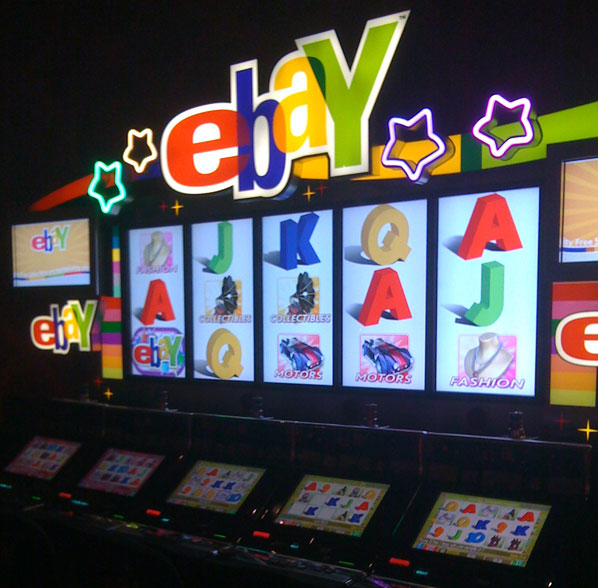 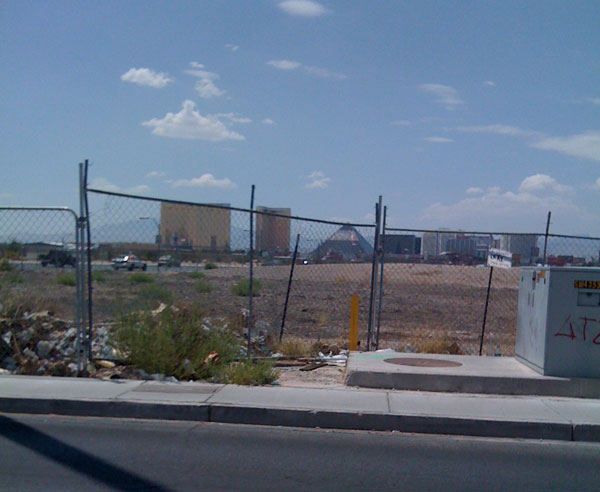 Next time I’ll take more pictures! It was pretty fun, hopefully soon I get to live there!

Posted on July 20, 2008 by Donald in Movie Reviews Leave a comment

The Dark Knight is a non-stop action packed film worthy of being named one of the greatest of all time. Without a doubt what made “The Dark Knight” was Heath Ledger as The Joker. Without Heath the movie wouldn’t have been as great as it was. His acting was so good you don’t see him in the film, he wasn’t Heath Ledge, he was The Joker!

As the film opens, Gotham still needs Batman (played again with intensity and vulnerability by Christian Bale), though its champion’s influence hasn’t been entirely positive. Organized crime has practically gone corporate in response, and a group of clumsy Batman wannabes have done little to stop it. Then there’s the Joker, a mysterious new criminal who wants to foil the forces of law and order for reasons he keeps to himself. 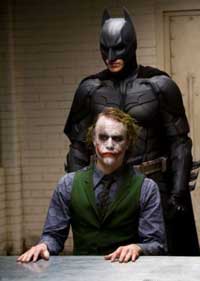 What the Joker lacks in transparent motives he makes up for with enthusiasm. Playing a self-described “engine of chaos,” the late Heath Ledger treats the iconic comic-book villain as a man who sees life as a dark joke, but takes care to tailor his punchlines for maximum impact. It’s an unnervingly thorough performance, from the character’s serpentine habit of licking his lips to the hitch Ledger throws into his stride that makes him like a wounded, angry animal. It’s nightmare stuff with real-world roots, both in the randomness of his destructive acts of terror, and the imperfect systems designed to stand in his way.

Basing his schemes on the corruptibility of cops and criminals, Ledger’s Joker homes in on the few who appear beyond his reach, particularly Batman and district attorney Harvey Dent (Aaron Eckhart), a fearless enforcer of the law poised to make real changes to the city. Matters are complicated by the fact that Eckhart now shares a bed with Bale’s lifelong love Rachel Dawes (Maggie Gyllenhaal, subbing in for Katie Holmes). But to the film’s credit, Nolan isn’t afraid to keep matters complicated. The script, which he co-wrote with his brother Jonathan, has the unapologetic density of a good crime novel, with major and minor characters alike getting their due. Bale and Gyllenhaal have only a few scenes together, but they establish a tangible chemistry, and Michael Caine, Gary Oldman, and Morgan Freeman make significant contributions as Bale’s confidantes and consciences.

Nolan lets the film’s spectacular action scenes seem like the natural consequences of the conflicts between characters, conflicts that build until Gotham becomes less a setting than a stage for an operatic conflict between tortured good and contented chaos. As strong as The Dark Knight’s setpieces areâ€”and they’re all pulsing showstoppers of a kind not seen in Batman Beginsâ€”the real tension comes from Nolan’s willingness to let that battle’s ultimate outcome remain in doubt even as the credits roll. The film’s capes and cowls suggest one genre, but it’s a metropolis-sized tragedy at heart.

A+ / One of the best movies of all time!

Posted on July 11, 2008 by Donald in Adventure Leave a comment

Eight hours in line to get the iPhone 3G and I couldn’t even register it until later in the day. Apparently all their servers were down; even iPod sync was having issues. It was okay though because I was very tired and just went to bed after my purchase. Later in the day I had no problems setting things up. 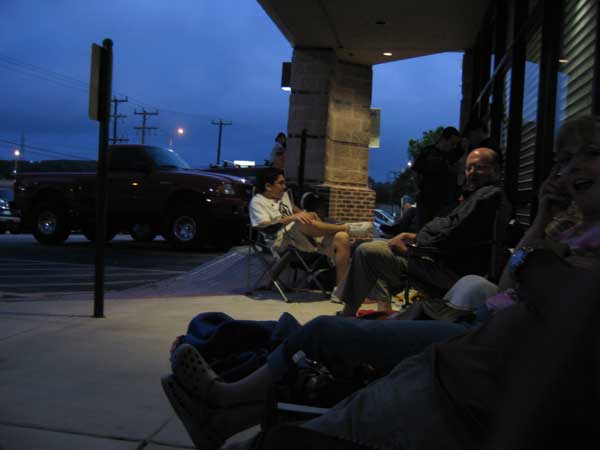 It came in a spiffy Box… 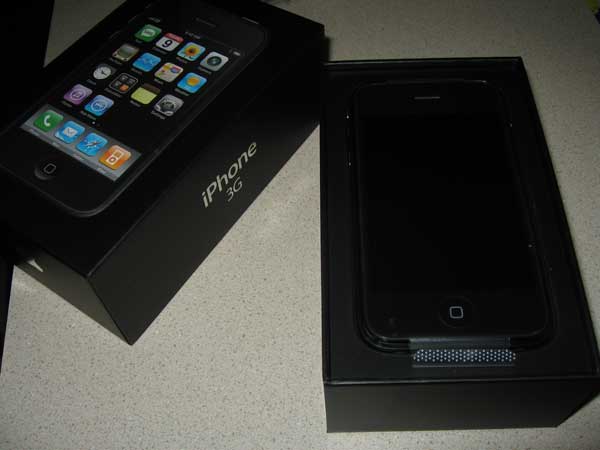 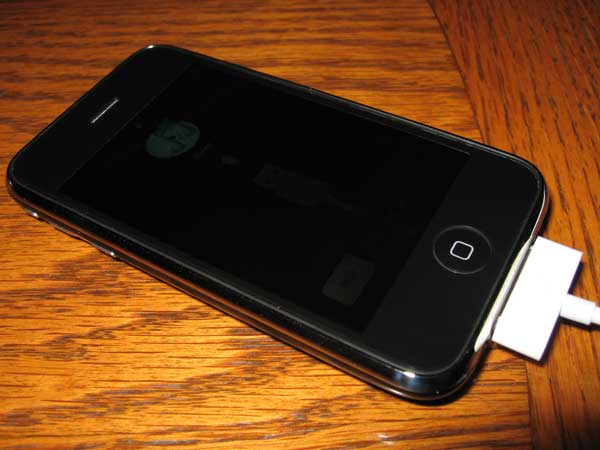 It’s a very nice phone, I like it a lot. It makes it easy to stay connected to my websites and check email. And I like the Wifi feature it has, I can connect to local routers for even faster downloads. It’s pretty fast with 3G also. This is my first iPhone so I’m still figuring everything out, but so far so good! 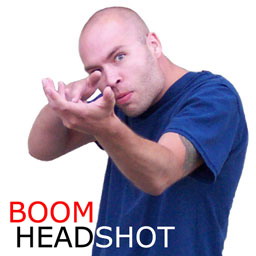 I don’t get the movie title but if I were to sum up the movie in a few words, it would be “BOOM HEADSHOT!”. Seriously though if you’re looking for a movie with a lot of action, some comedy and of course sexy Angelina Jolie then “Wanted” is for you!

From the get go you get sucked in with it’s dark comedy, a pathetic life of Wesley Gibson who’s best friend is doing his girl friend, his office manager is a total bitch, his lack of cash and then there are his panic attacks.

While getting a refill of his panic attack meds, he gets a visit from the sly and sexy ‘Fox’, “Angelina Jolie”. 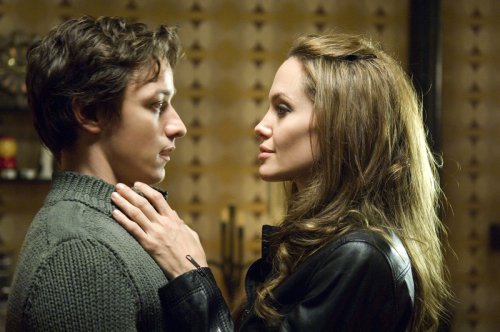 She let’s him know that his father who he hasn’t seen since he was a week old recently died and the person that killed him was behind him.

That’s when all hell breaks loose and the deception begins.

I don’t want to give away the movie, but be ready for some twist, super human abilities, lots of head shots and more of Angelina Jolie. And I want to emphasis Jolie. For some reason I liked her even more in this movie then any other movie I’ve seen her in. I don’t know what it is, but I liked it.

Lots of action, great story, excellent ending, a solid movie! Check it out!

How’s it going? You’re probably here because of an eBay Suspension… right? Instead of posting more and more comments on my eBay post, why not go directly to the eBay forums I setup for you guys? Check it out… 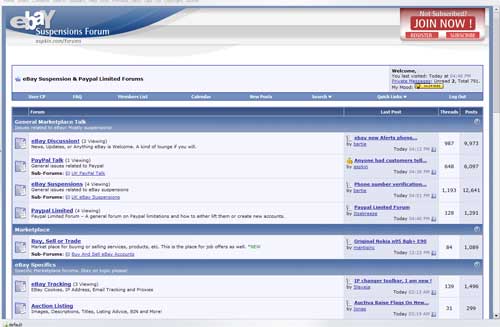 
Paypal Mass Payment – How to Use!

I’ve noticed not a lot of people know what Paypal Mass payment is or how to use it. Even a few eBay and Paypal experts that I’ve known for awhile have never used it before. I can understand why though, Paypal doesn’t actively talk about it like they do every other feature on their site. But it’s pretty easy to use and it can even save you a ton of money! To find the Mass Payment link, simply scroll down to the bottom of any page in Paypal and click on ‘Mass Pay‘. 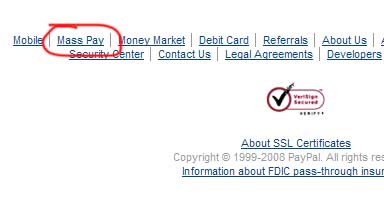 Okay so what is Mass Payment? Basically it’s a way for you to send multiple Paypal payments or just a single payment with a very minimal fee. For example: I sent over 2k to a friend of mine a few weeks ago, I used Mass Payment and it only cost me $1 to send and Nothing for him to receive! You can send to just one person or to many people very easy. 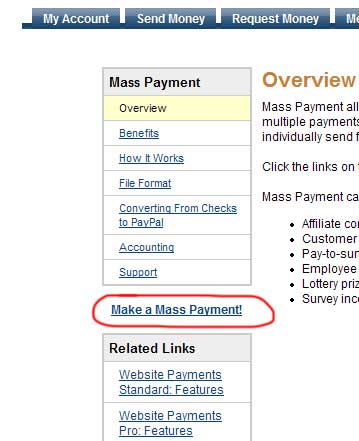 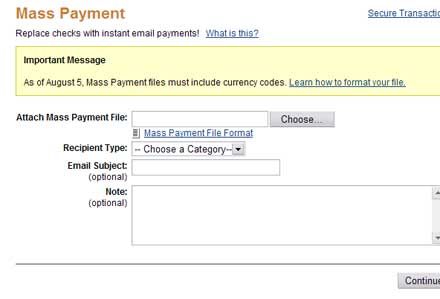 Okay here’s the tricky part. It’s not the usual what’s the email address and dollar amount you want to send. You need to upload a tab delimited file for things to work.

Paypal has some examples here: https://www.paypal.com/us/cgi-bin/webscr?cmd=_batch-payment-format

Basically if you want to send $50 to Bob who’s Paypal email address is IownPaypal@gmail.com this is what you need to have in a text file (notepad) to upload to Paypal. 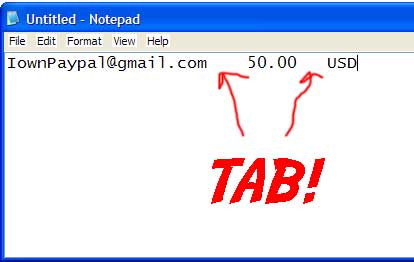 Save it as whatever and upload it through ‘Send a Mass Payment’. Of course change the email address, amount and currency type if you’re sending in another currency other then USD.

So that’s about it! Pretty easy right? Save your friends some money and use Mass Payment, again this can be used for multiple payments or just one!

Learn more about eBay and Paypal in the eBay Suspension Forums!

Posted on June 8, 2008 by Donald in Clickbank, CPA Leave a comment

Okay so you started your affiliate marketing adventure. Say you started with Clickbank. One of the first things you do when creating your account is selecting your affiliate ID right? Now you think, it doesn’t matter what my ID is, so I’ll just use my usual handle. WRONG! You have to remember Affiliate networks like Clickbank show your ID within the URL. What would you think if you saw a URL like this:

Most people will immediately know it’s an affiliate link, and if they buy they’ll know ‘roberB’ will get credit for the sale. You’ll lose 25% of your sales just because of this. Believe it or not most people do not like giving credit to affiliates. Sadly I do the same thing and I know tons of other people who simply chop off the ‘hop’, reset their cookies and buy without the affiliate. Sometimes I don’t do it, but if it can benefit me it’s too easy not to.

Okay now what do you think about IDs like these:

These IDs are random, and some look like they even belong there. That’s what you have to do. If you’re marketing to other affiliates be prepared to lose half your sales no matter what. But if your market is dog training you’ll most likely fool most people into thinking its just part of the URL and it belongs there.

You can also cloak your links, but watch out for browsers that don’t like cloaked links. IFrame cloaking can sometimes not work in IE, and some Affiliate networks have rules about cloaking links.

That’s about it, when selecting an ID don’t use your name or usual handle, go for the random jumbled letters and numbers and you might get surprised by the increase of sales. I increased my sales by at least 25% last year by doing this.